Notify me of new posts via email. Rate this:. Share this: Twitter Facebook. Don't cry no more. Bonniwell's much darker "In My Neighborhood," which covers the same subject. The Music Machine had a commercial "sound" but were not juvenile or trivial enough for their own good at the time. That s misfortune makes their work all the more listenable now. Excellent musicians rounded out the Music Machine, and arrangement and production also shine in these recordings except that the stereo mixes are generally primitive and often annoying. One odd fact that strikes me as I listen to the Music Machine now is that they knew exactly how to use a tambourine.

But that is only the least of their charms. More importantly, the Music Machine pioneered punk rock while remaining a multidimensional band that also excelled at ballads, blue-eyed soul, and even dixieland flavorings.


Bonniwell's visions and dreams took him far "beyond the garage" to create a great panorama of American music. His songs deserve to be heard. The packaging of Beyond the Garage lives up to the usual high standards of Sundazed Records, with original liner notes plus several additional pages including reflections by Bonniwell. Turn On is a barebones reissue with no new songs or liner notes-too bad it was not a Sundazed project.

Bonniwell has also written a touching and fascinating "autobiographical novel," called Talk Talk. Box , Porterville CA History: Caught up in the swirling excitement of soon-to-peak psychedelia, various American "garage bands"-several from Los Angeles-began to experiment in late '66 and early '67 with a brash, raw sound that would later be termed "protopunk. Inspired by English bands like the Yardbirds and the Who, these U. There was only one album, "Turn On.

Bonniwell kept MM going two more years, then tried a solo turn with little luck. Sound: Psycho-rock at its finest and progenitor of such modern songs as "Institutionalized" by Suicidal Tendencies, "Talk Talk" has a charged-up, manic urgency that still delivers a punch.

It's hard to believe that a band able to wax something that powerful faded, but this smart compilation of singles, album cuts and four unreleased tracks shows that Bonniwell was never able to write anything quite comparable. Rockers like "Absolutely Positively" and "The People in Me" skillfully emit neurotic vibes but fall short of the hit's musical drive and vocal tautness. Still, several songs have a semi-naive, garage-psychedelic charm and considerable energy, and the album ends with two unreleased cuts from that indicate the group was getting the knack for newly evocative, moody material just before it broke up.

Dan Daley shares his view of the changing ages. Something about the palm trees, perhaps, which are as non- indigenous to Southern California as most of the people who live there. More likely, it's the weather. It's manifest in a physical and intellectual freedom that comes with the knowledge that you will never be shut in again by 7-foot snow drifts-the kind commonly found on the plains around Sioux Falls, South Dakota, where Keith Olsen was born.

After growing up in the equally frigid environs of Wayzata, Minnesota, Olsen attended the University of Minnesota where he got hooked up as the bass player with a few local bands, one of which, as he puts it, 'dumped me off in California in the late s'. It was a fortuitous dumping, indeed, for Olsen went on to become one of the seminal producers of radio rock in the s and s. See what getting out of the snow can do?

But how did one transition from journeyman musician to the other side of the glass? In a sense, how did one not, back in the days of the Summer of Love. But more on that later. After an introduction to production from the late Kurt Baetchler, who produced the Association's classics 'Cherish' and 'Along Comes Mary', Olsen helped form the Music Machine whose radio hit 'Talk Talk' got Olsen on the road again, but at a higher level, and kept him tangentially tied to the evolving LA music loop.

Upon his return to LA, he was ready to take a shot at his own productions, but first, he recalls, he realised that, as the equipment of recording was evolving so quickly, he needed to spruce up his technical chops. And then these good opportunities to go start working with some bands started coming in-this was around But even though I had learned the musical palette, I needed to know more about engineering. The board was a couple of equalisers, an old mixer and some wire switches. I think it was a 3-track machine, then a 4-track, a Scully. But I was learning the ropes and meeting people. 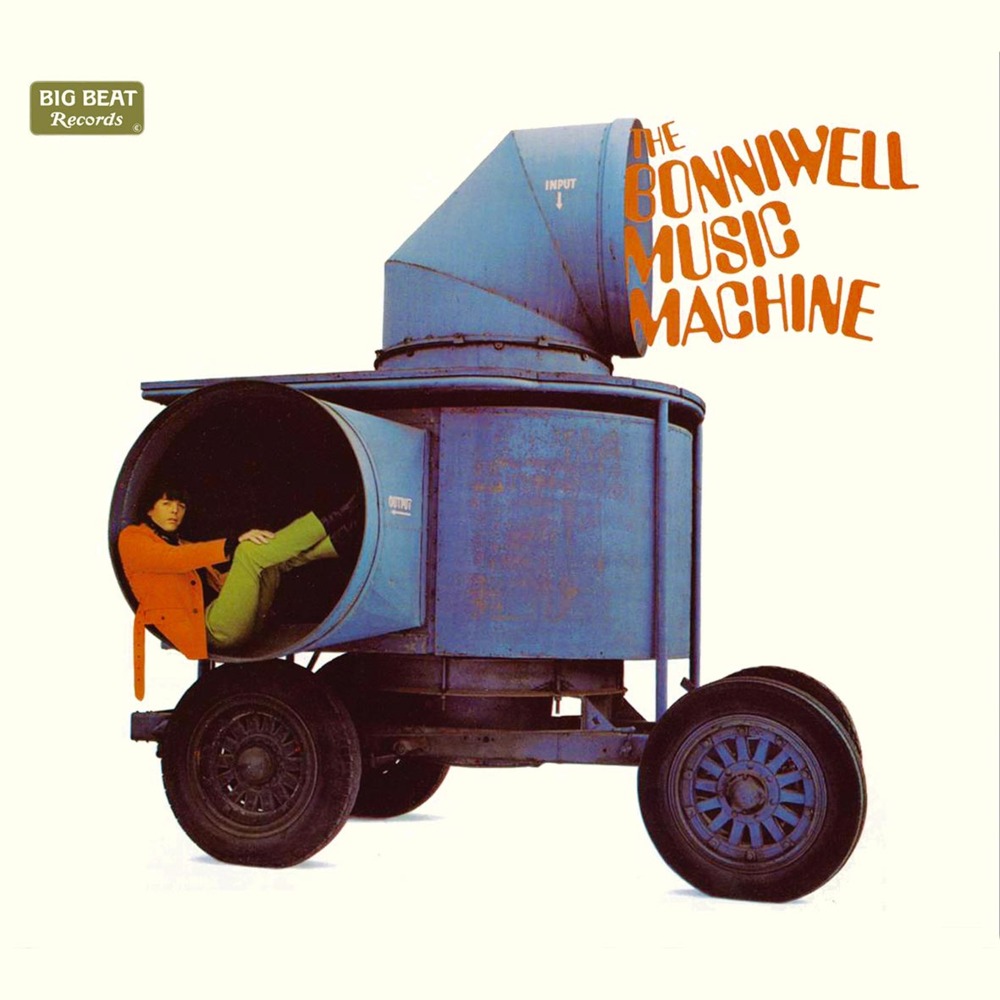 And he was a little outside even then. But I learned from him to envision everything about a production as you hear the song the first time. You've got to see the whole picture, and get to the point where you can see and hear where everything should be. It takes a while to learn how to do that. But from the very beginning I learned that I always wanted to be prepared when I walked into a recording studio. The credit opened the door for Olsen to hang out his producer's shingle.

The first act he worked with was Lindsey Buckingham and Stevie Nicks before they assisted Fleetwood Mac into its pop phase. Both the music and the technology were about to emerge from their respective incubators at the same time, with a synchronicity that was perfectly timed for Olsen and his innate pop sensibilities. I did Terrapin Station with the Dead. I was really learning to be a producer working with acts like that. Speaking of envisioning a record before it starts-I was looking to hear something tight-sounding, and I picked the wrong band to do that with drummer Mickey Hart played on top of the beat and percussionist Bill Kreutzmann played behind it, so everything sounded like a flam.

After about a week of that, I suggested the possibility of orchestrating the drum parts to Jerry Garcia. And Jerry says, "Sure, man, see you later," and walks out. His way of saying, "Just go ahead and do it". So I had Kreutzmann be the kit player and Hart as the percussionist, cause he's the fire anyway. And it worked. Instead of having two drummers playing against each other, we had a little groove thing going. But the lugubriousness of the San Francisco music that was coming to LA to record was a useful learning tank for Olsen as pop music and recording technology were about to join forces and put corporate rock on the map in a big way.

On Foreigner's Double Vision album, Olsen was looking for new ways to cut guitar sounds and stumbled onto the notion of using the inherent fuzziness of wireless systems when guitarist Mick Jones showed a predilection for staying in the control room while playing at New York's Atlantic Studios. It was more like zip cord. But the gain from the transmitter on the wireless gave us a little more input power, and that gave us back a very cool top end.

The amps were set up in the studio in a corner-when you corner-load the cabinets you get a really great bottom end out of them. And we miked them with some kind of Shure mics-that was about all we had for high SPL mics back then. And we used the room for natural reverb with some mics placed relatively close around the amp as well as right on the speakers. The drums had snap and power. Combined with the angle of the mics on the drums, we had eliminated the ringiness of the kit.

I had figured out part of that when I was working with Fleetwood Mac; their drum sound was so tight because the room was so dead. I had been experimenting with recording in more live environments, but I found that if you had a real live environment you get so much destructive interference from reflections that you get a real roomy drum sound but you don't really get any of the power, the snap, punch and crack. I took a Dolby noise reduction card and started clipping the odd bit off, a transistor or two. You then out the card on the encode side instead of a compressor.

Use it as an expander-it's level-sensitive and band-sensitive, and all of a sudden you have this really tight and airy vocal sound without having to go through intense amounts of EQ or compression. I don't think the Dolby people liked me for using their stuff that way. I was layering things, but I was also using the musical arrangements to get the sound together. Not so much using EQ, but arrangement.

The one thing I learned was, remember the source-where the music comes from. Great words to live by, because all the gear in the world cannot make a bad guitar player play great. I also didn't like leaving things until the very end in the mix. I liked to put it together the way I heard it the first time in my head.

If the artist is fine with that, then everything's moving ahead, but if not, then you have to try things a few different ways and the mixes get a little more hairy because you're then trying to take two visions and put them together. That can make for a difficult mix.

He was very inexperienced in the studio but we had the basics cut for that track in one day by 4 o'clock. Bing, bang, done. That's how records were often done in those days. Looking back, it was remarkably fast.